The map below shows how to say “woman” in European languages. The colouring is based on etymology, not on language families (in other words, if several languages share one colour, the translations shown on the map are derived from the same root in all these languages).

Amazingly, Slavic žena (and similar), Greek gynaíka, Germanic kvinna (and similar) and Celtic bean (and similar) all come from the same Proto-Indo-European root *gʷḗn (also related to English “queen”, for instance). An earlier version of the map did not show this connection, but they all share the same colour on the map below (as they should): 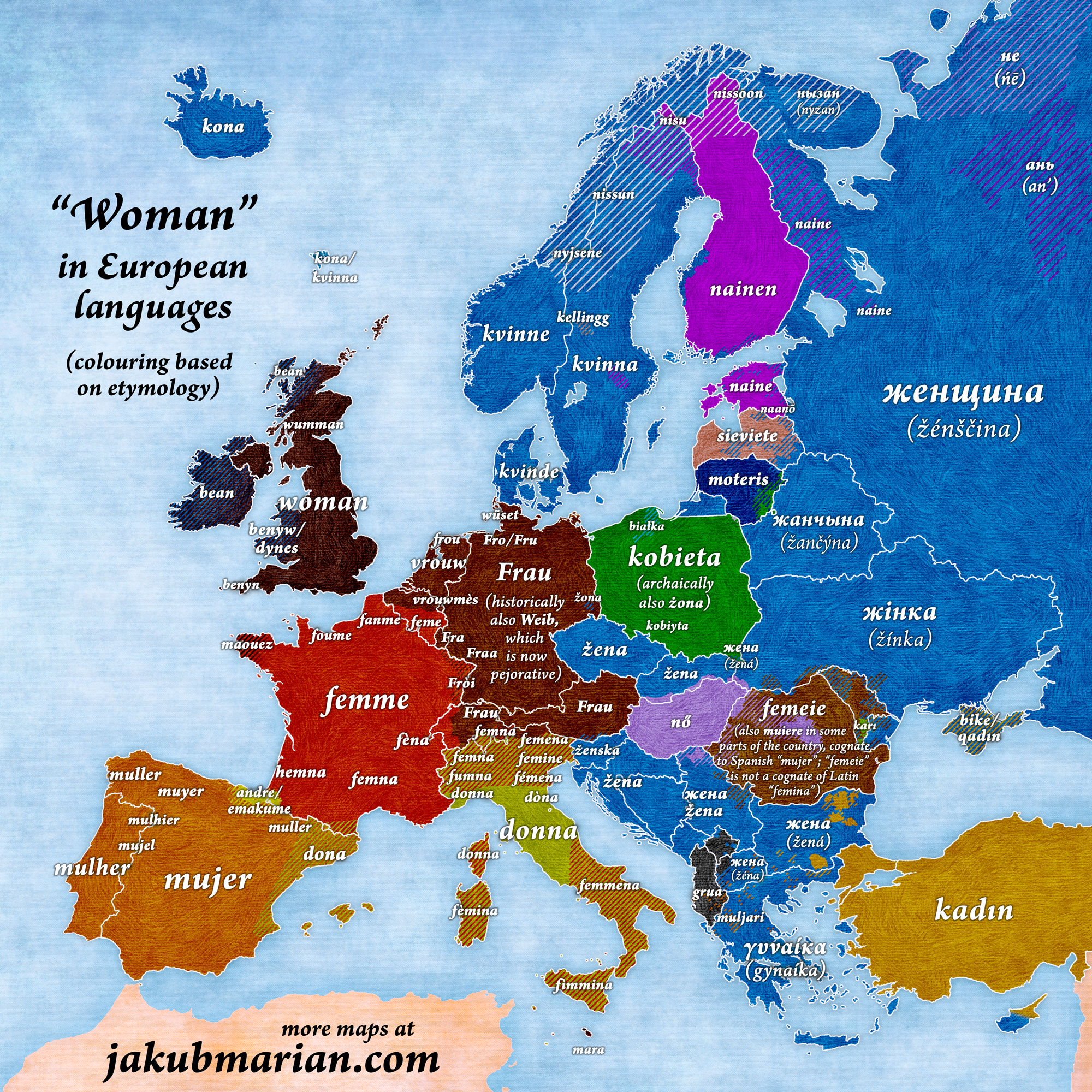