The map below shows the last year (for each country) an execution was carried out as a form of punishment for a non-military and non-war-related crime, together with the method used. In several countries, more recent executions were carried out for (alleged) war crimes, treason, genocide, or other crimes against the state, most notably the Ceaușescus, who were executed in 1989 in Romania after being convicted in an irregular (and actually illegal) military trial.

The case of Spain (shown as 1972 on the map) is also complex. There were 8 more people executed in 1974 and 1975, sentenced for military crimes (murder of police officers and civil guard members), but this classification is questionable for some of them. Several of them were killed using a garrote.

In East Germany (1972 on the map), the last actual execution was carried out in 1981, on a Stasi officer for espionage (in addition, several WWII criminals were executed in East Germany between 1972 and 1981). In most other countries, WWII traitors were mostly executed between 1945 and 1950. 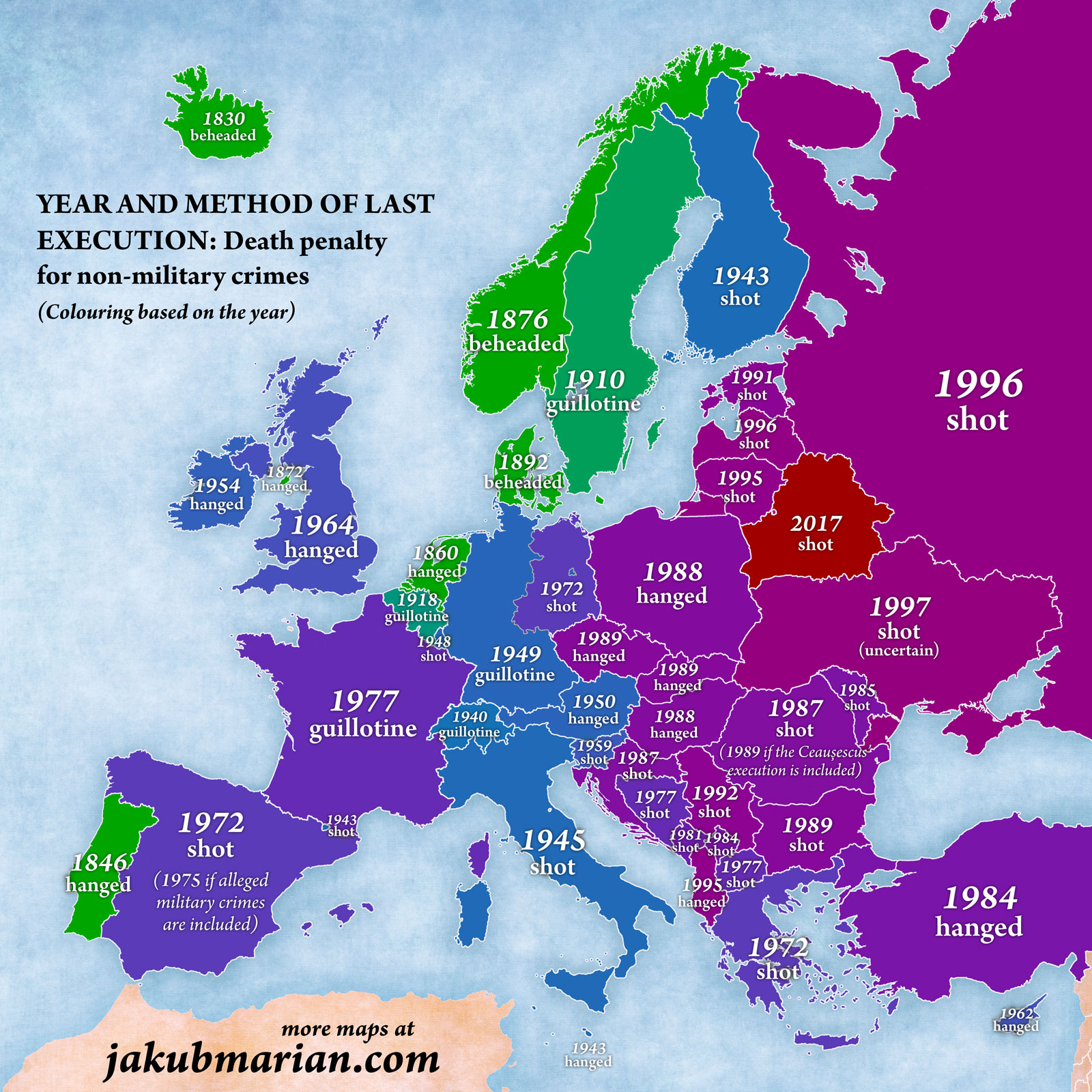 It is not without interest that the choice of execution method seems to correlate with geographical and cultural proximity. The following map shows the same set of data but now with a colouring scheme representing the method used, not the year (execution by guillotine and other forms of beheading are grouped together): 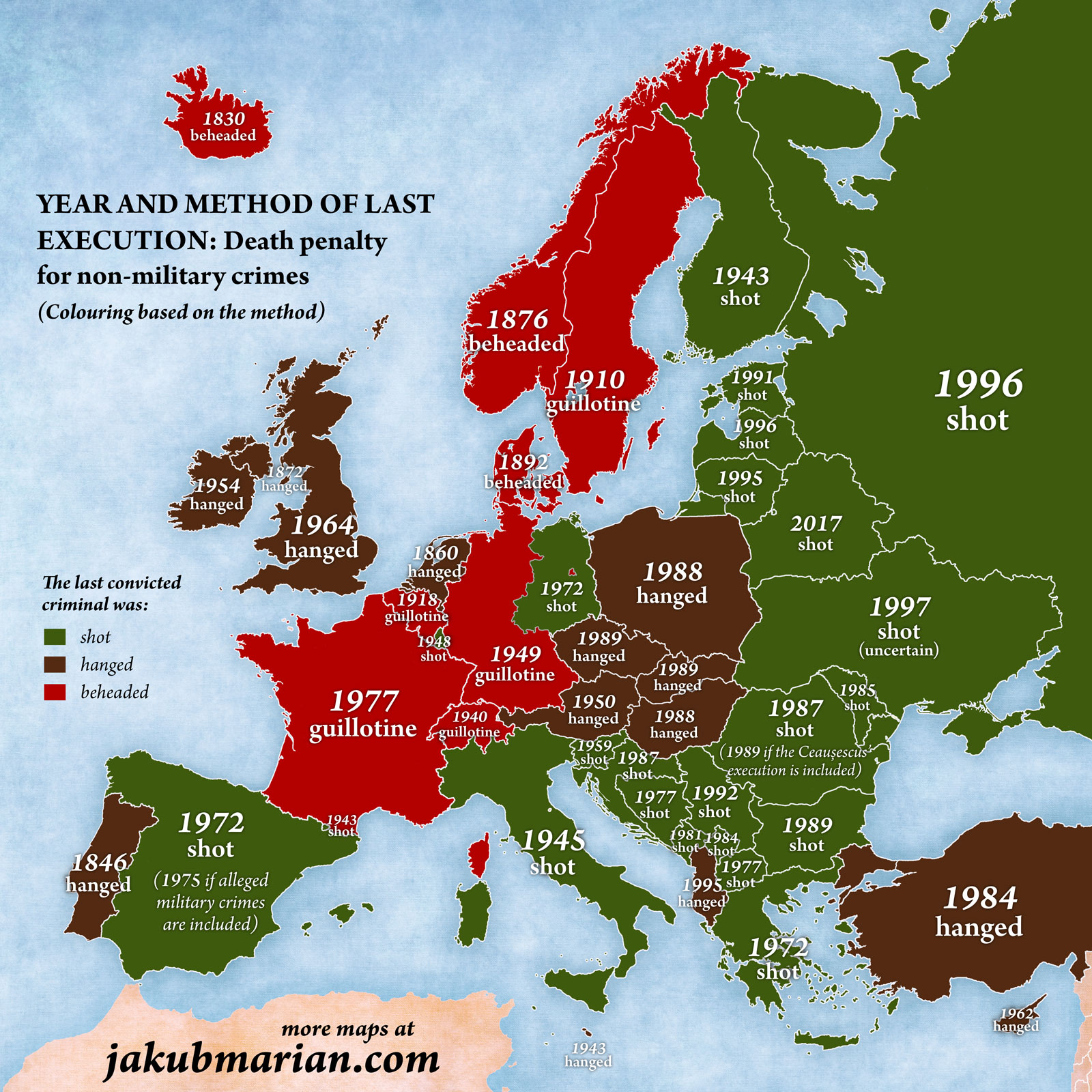 Just a small note on the methodology used for the former Yugoslavian countries: The years and methods shown on the map correspond to the last execution carried out within the current territory of the respective countries. For instance, the last execution that took place on Kosovar soil was the execution of Ferat Muja in Kosovska Mitrovica in 1984.