The first McDonald’s restaurant in Europe opened in 1971 in the Dutch city of Zaandam, closely followed by Munich in West Germany (also 1971) and Créteil, a Parisian suburb, in France (1972).

Between 1971 and 2016, McDonald’s opened 8438 outlets in Europe, the distribution of which you can see on another map. The map below (based on data here), on the other hand, shows the year of opening of the first McDonald’s restaurant by country: 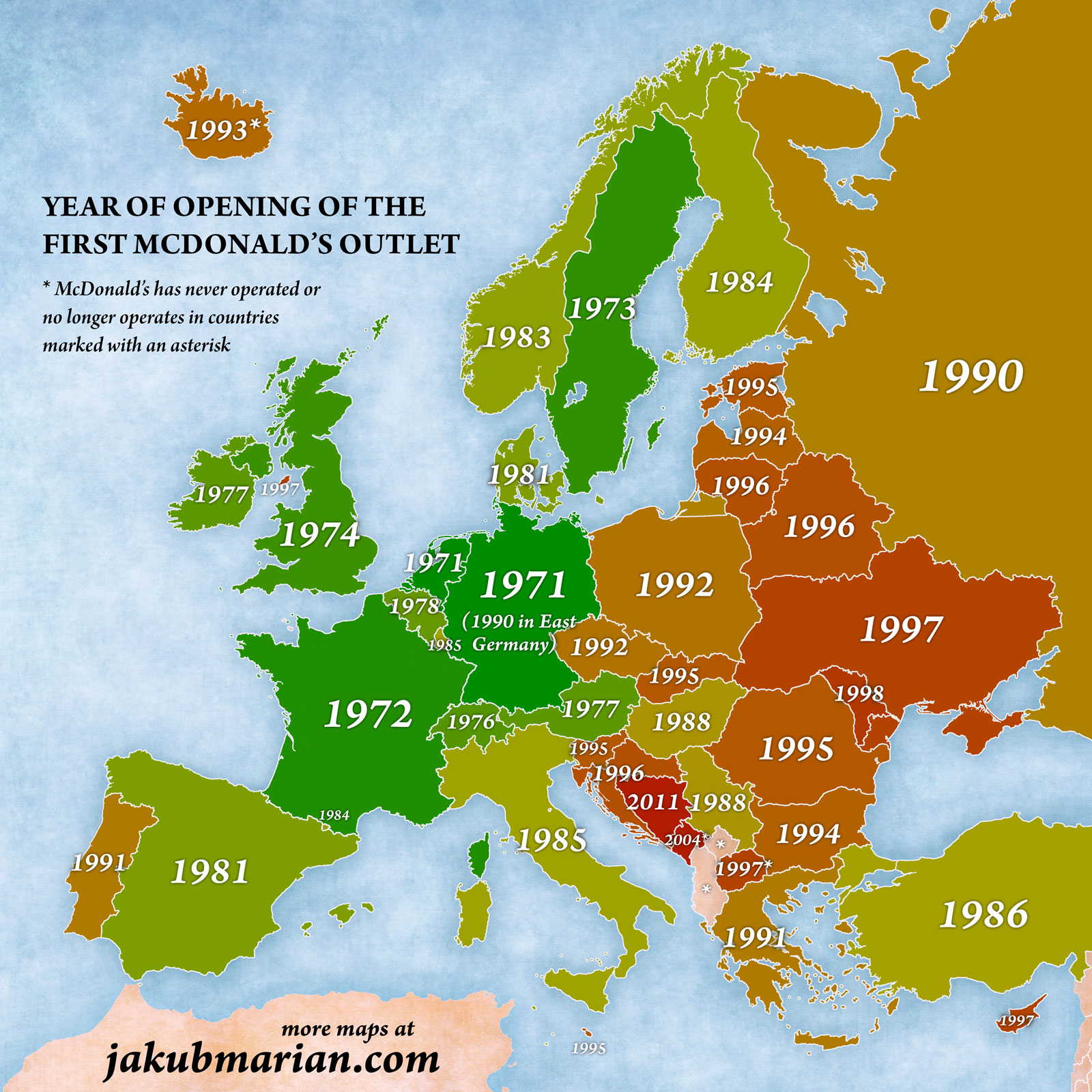 McDonald’s has never opened an outlet in Albania and Kosovo. It operated briefly in Macedonia, Iceland, and Montenegro but later withdrew from these countries.