There are significant differences in voter turnout among EU member states. The map below shows the voter turnout by country, within the 18–24 age group: 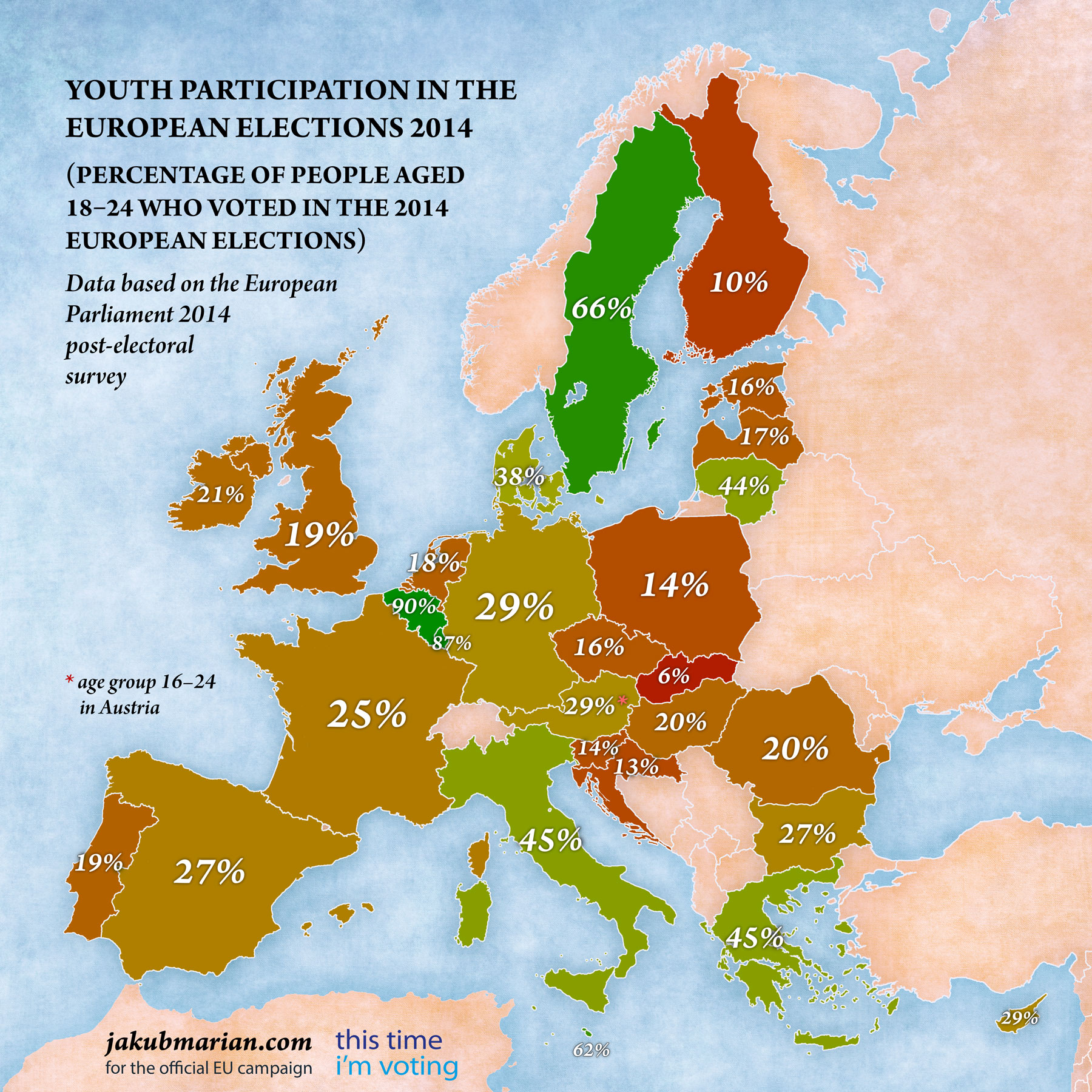 The differences are quite staggering. It is worth noting, however, that voting in Belgium and Luxembourg (which have the highest voter turnout of all EU member states) is compulsory, unlike other member states. Voting is also compulsory in Greece, but the law is not enforced.