Some people like wine, some prefer beer, but which one to choose? That is not clear… My terrible poetry writing skills aside, it is an indisputable fact that people in some countries mostly prefer wine, while in others, beer is the way to go.

The following map shows how many litres of beer people consume, on average per year. Note that while most figures are from 2012, the figure for Serbia was recorded in 2007, so Kosovo is shown as being a part of Serbia: 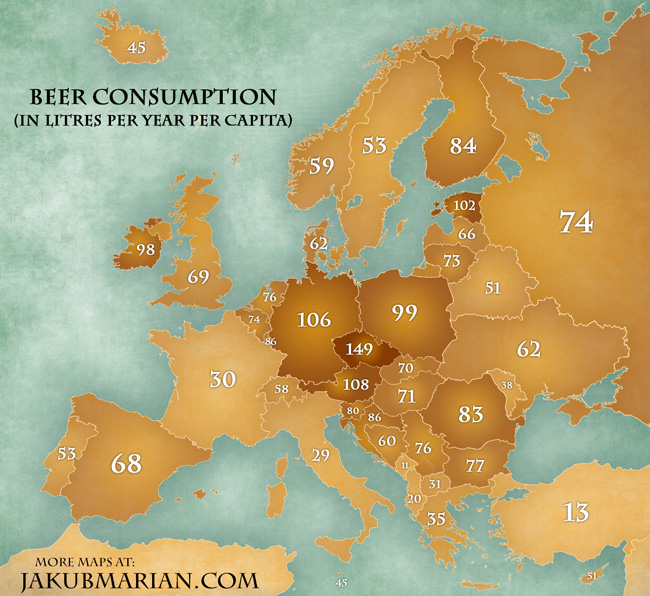 Did you notice how some areas are lighter than others? It’s not that people would necessarily consume less alcohol there; they simply don’t drink so much beer. Here is the same map, just for wine (the data come from a study by WHO on alcohol consumption): 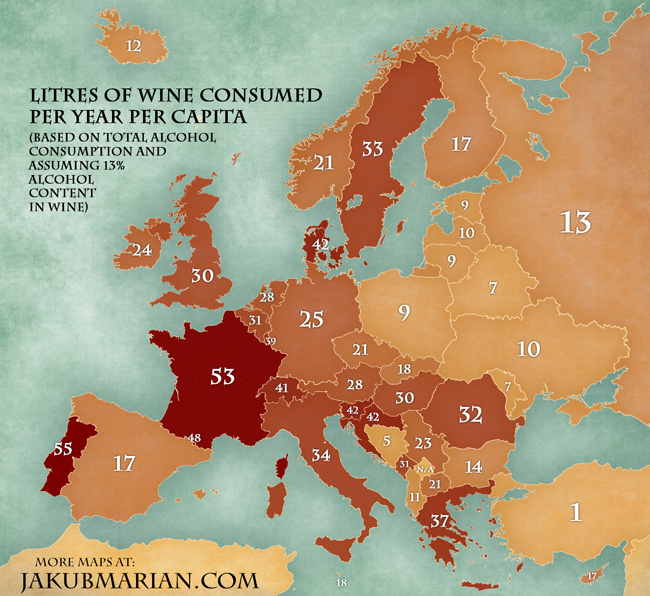 You may have noticed that Eastern Europe scores relatively low in both maps. Is that because people drink less there? Well, the answer is, “No.” They just drink more spirits, and their total alcohol consumption is higher than in the rest of Europe.