The Tobacco Atlas estimated the number of cigarettes an average person aged 15+ consumed in the year 2016, which is what the following map shows (based on sales data, so the figures may be somewhat skewed in countries where cross-border shopping is common): 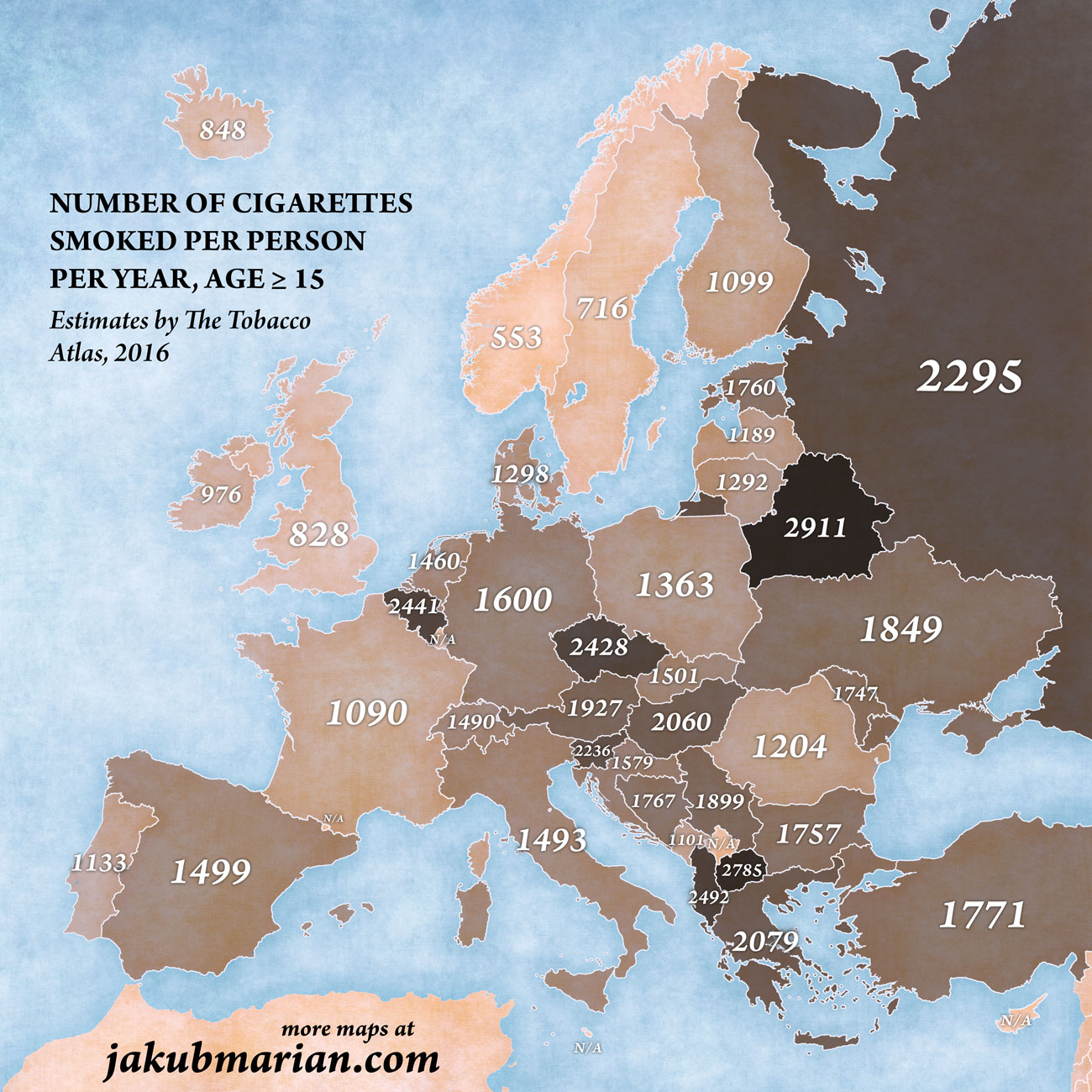 I used the data above and combined them with the prevalence of tobacco smoking by WHO (2015, males and females separately), the sex ratio (The World Factbook, 2016) and the data on male and female population in the 0–14 age group (by the World Bank, 2016) to arrive at an estimate of the average number of cigarettes smoked by a smoker (defined as a person who smokes at least one cigarette a month) per day (the annual consumption divided by 365): 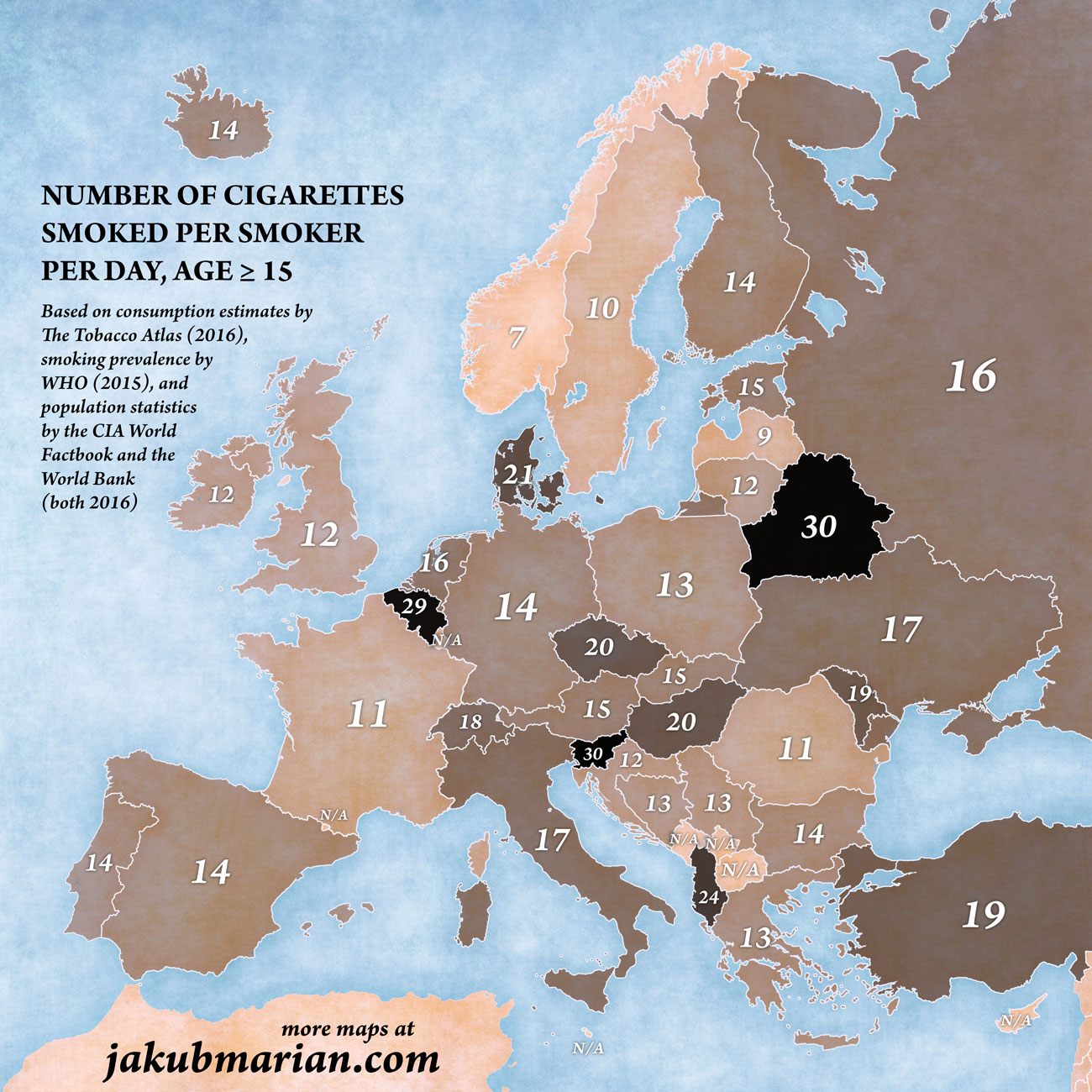