Europe is by far the most popular destination of international tourists in the world: nearly 590 million people spent a night (or more) in a European country (other than their own) in 2016 (with Russia and Turkey counted as a whole). Compare that to around 200 million visitors to the Americas, and 460 million to the rest of the world (Africa, Asia, and Australia) combined.

The map below shows the number of tourists from another country who have spent a night in the given country in 2016, based on data provided by the World Bank (and collected primarily by the World Tourism Organization): 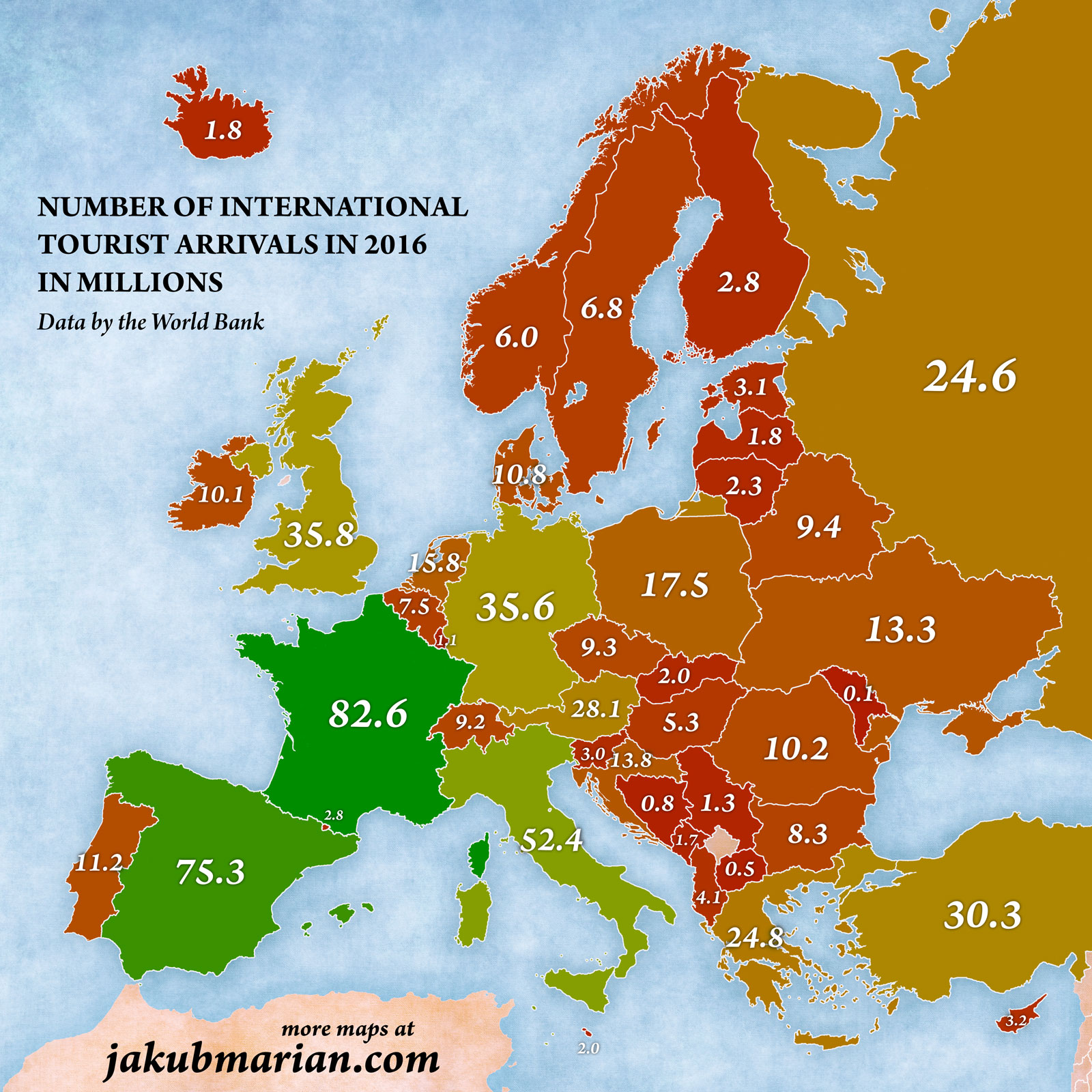 France tops the list, with 82.6 million visitors in 2016, not just in Europe, but worldwide (no other country has managed to attract more visitors than France, not even much larger countries like the United States and China).

Of course, one could argue that larger countries naturally attract more tourists, but that is not necessarily the case. The map below shows the number of tourist arrivals in 2016 per capita (for example, the number 1.6 for Spain means that for every 10 people living in Spain, 16 people from another country spent a night in Spain): 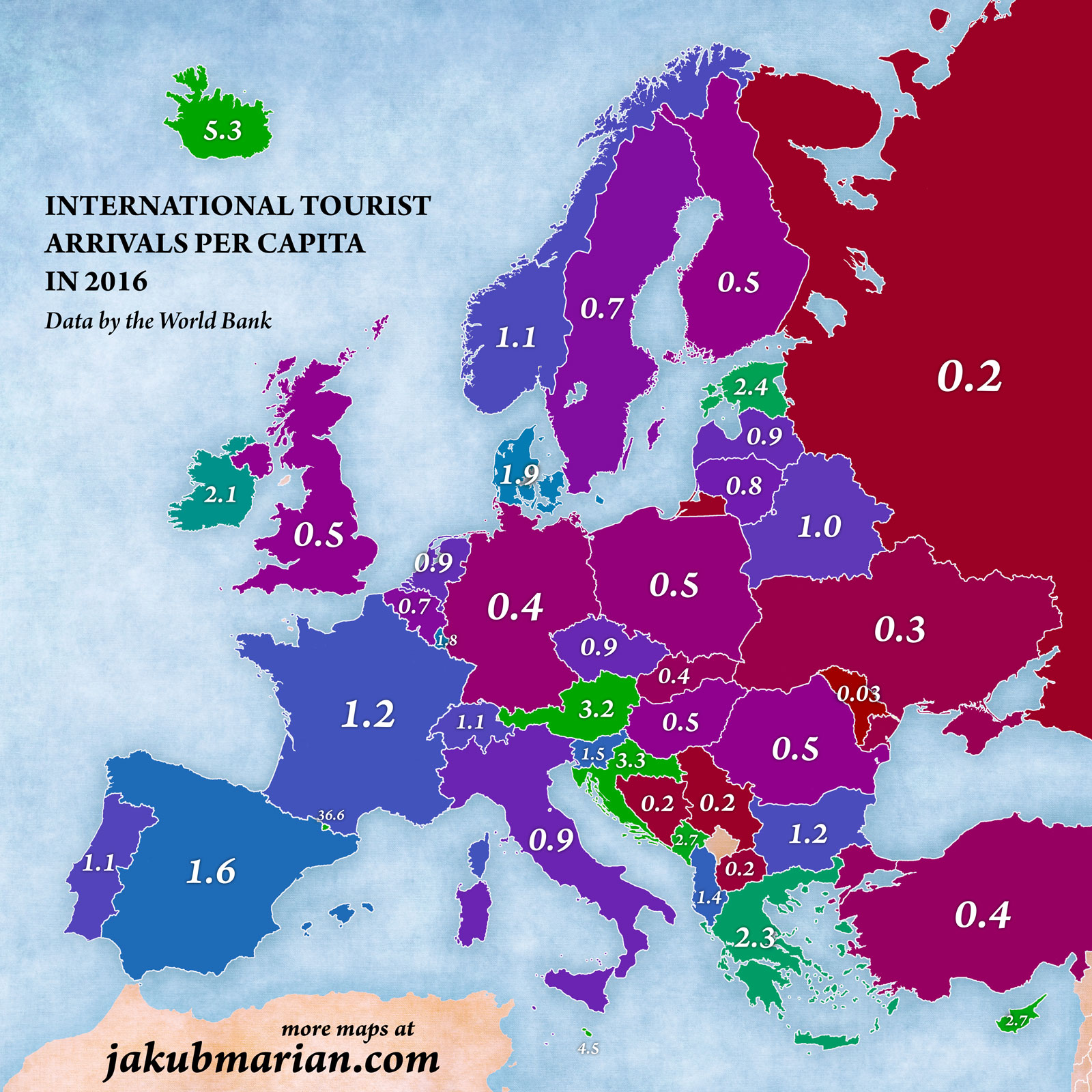 Andorra truly stands out, attracting millions of tourists every year while having a population of just around 77 thousand. The other countries that could call themselves real tourist magnets are Iceland, Malta, Croatia, Austria, Montenegro, and Cyprus, closely followed by Estonia, Greece, and Ireland.