Ischemic (or “ischaemic”) heart disease is a group of related diseases, including angina pectoris and cardiac arrest, which is one of the leading causes of death in the developed world. However, the incidence of ischemic heart disease varies significantly among different regions. (See also my map of all cardiovascular diseases combined.)

The following map shows the standardized death rate due to ischemic heart disease in European statistical regions (NUTS 2) and is based on data by Eurostat. The value of standardized death rate differs from the crude death rate in that the numbers are normalized with respect to the average population pyramid of the EU, which allows for better comparisons between regions. Thus, red colour does not necessarily indicate that more people die due to heart disease than in the green regions but rather that they tend to die younger.

Lithuania has the highest (standardized) rate of ischemic heart disease within the regions shown in the map, with astounding 591 deaths per 100,000 people per year, followed by North-West Romania and Central Romania (540 and 491, respectively), Latvia (474) and Northern Hungary (472). The lowest rate, on the other hand, is in Île de France (45 per 100,000), followed by several other French regions. 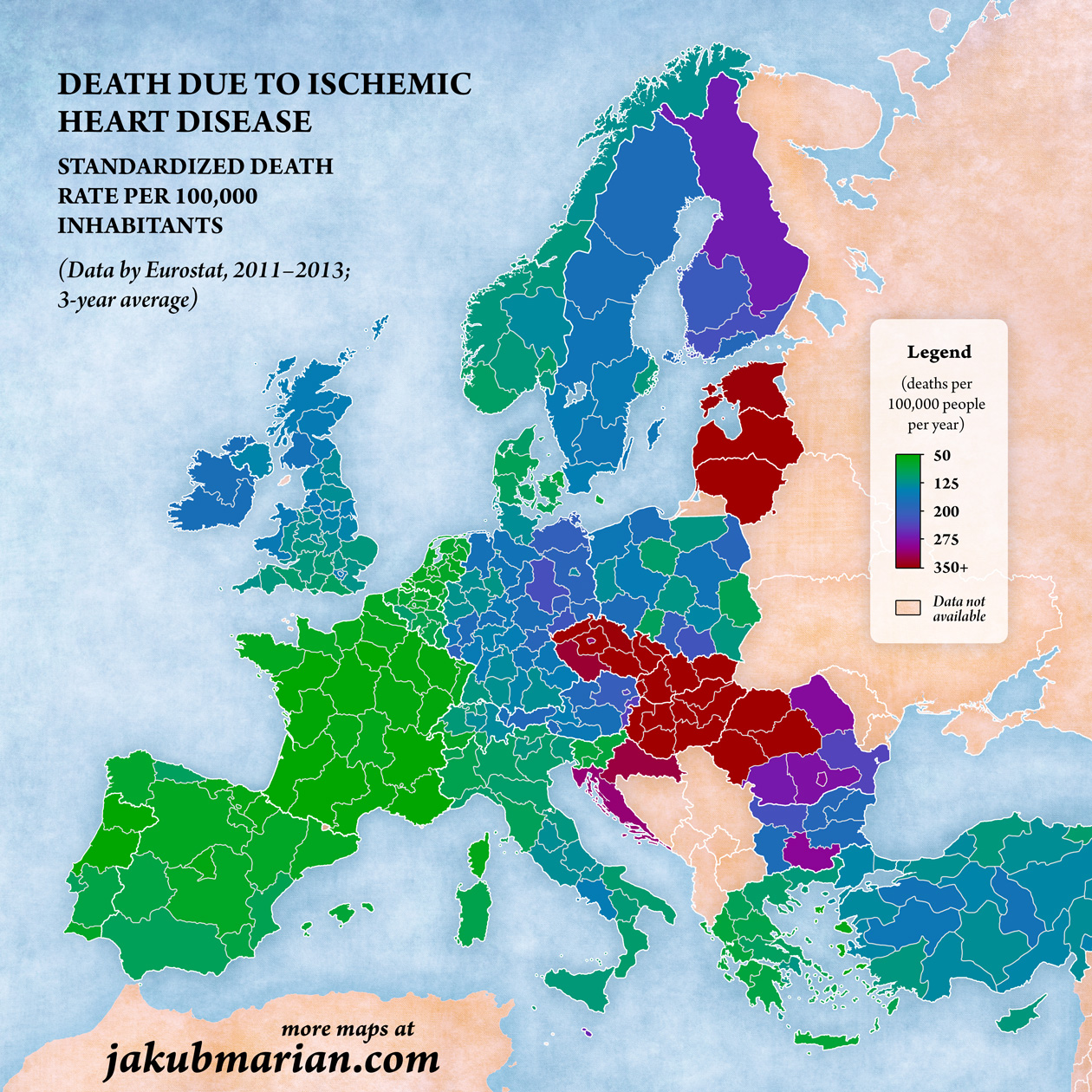