The map below is based on data by the European Space Agency (the CCI project). It shows Africa and parts of the Middle East and Southern Europe with colouring representing various types of land cover (such as forests, cropland, water, etc.). Shading (darker areas) represents elevation (mountains).

I have also made corresponding maps for Europe, North America, and South America. 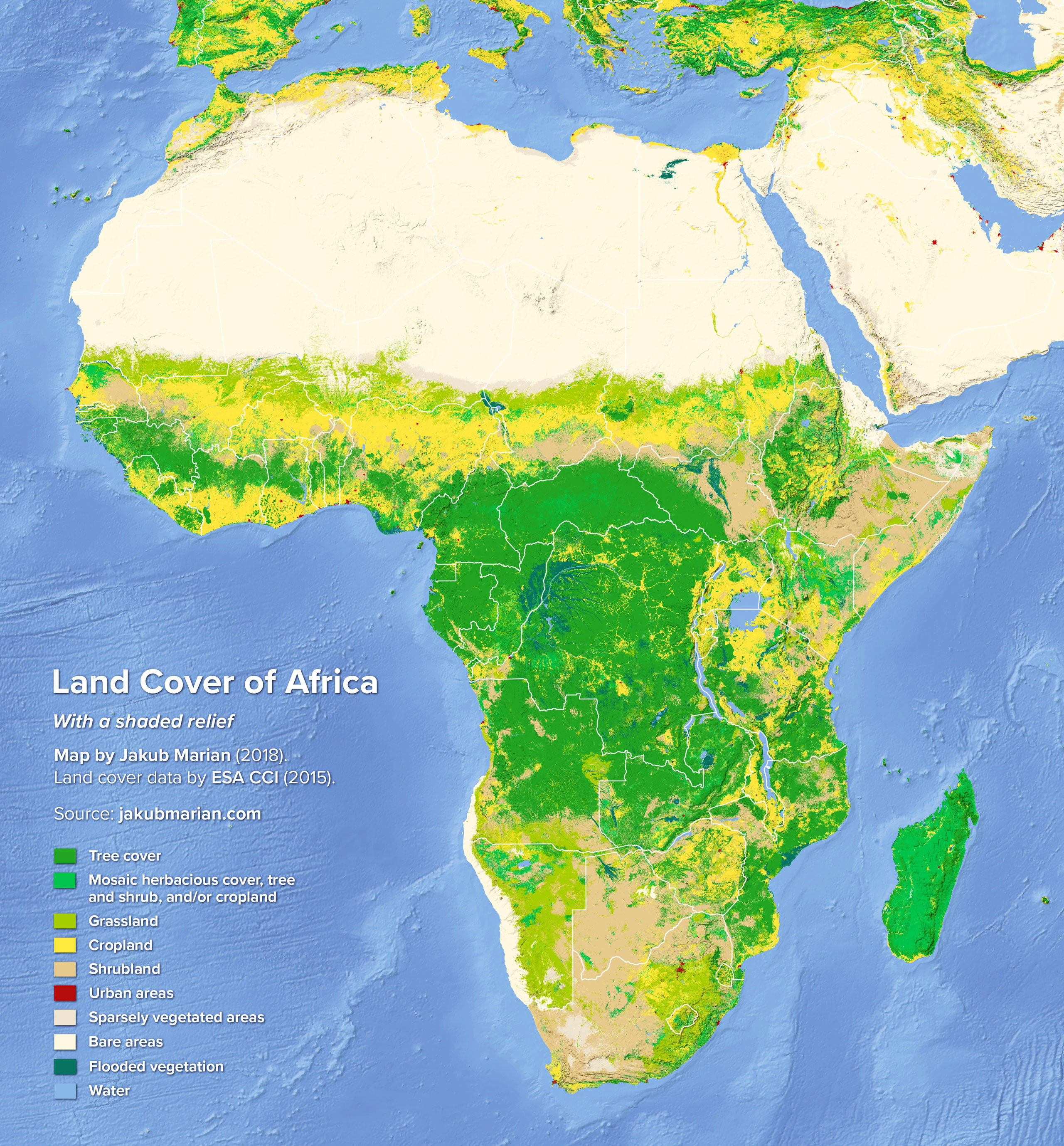 There is a rather bizarre feature in the northwestern part of Egypt, which seems to be, according to the data by ESA, a large lake of flooded vegetation. In reality, this is the Qattara Depression, which lies up to 133 m below sea level. It consists mostly of salt pans (which flood occasionally) and sand dunes, with a few salt marshes. It has very little vegetation overall.

There is an idea, originally proposed in the 1920s, that the Qattara Depression could be connected with the Mediterranean Sea via a canal or a tunnel to generate hydroelectricity (creating an artificial salt lake in the depression that would keep evaporating naturally). However, this idea has not been realized so far (there was even a proposal to detonate several hundred hydrogen bombs to excavate the canal, but the Egyptian government turned down the idea).

Another feature that may not be completely obvious when looking at an ordinary map is that Namibia (in the southwestern region) is completely separated from the ocean by a mountain range and a strip of desert around 150 km wide, which makes access to the already inhospitable mainland difficult.