The map below is based on data by the European Space Agency (the CCI project). It shows Russia and parts of Central Asia, Europe, Middle East, and China with colouring representing various types of land cover (such as forests, cropland, or water). Shading (darker areas) represents elevation (mountains).

I have also made corresponding detailed maps for Europe, North America, and South America. 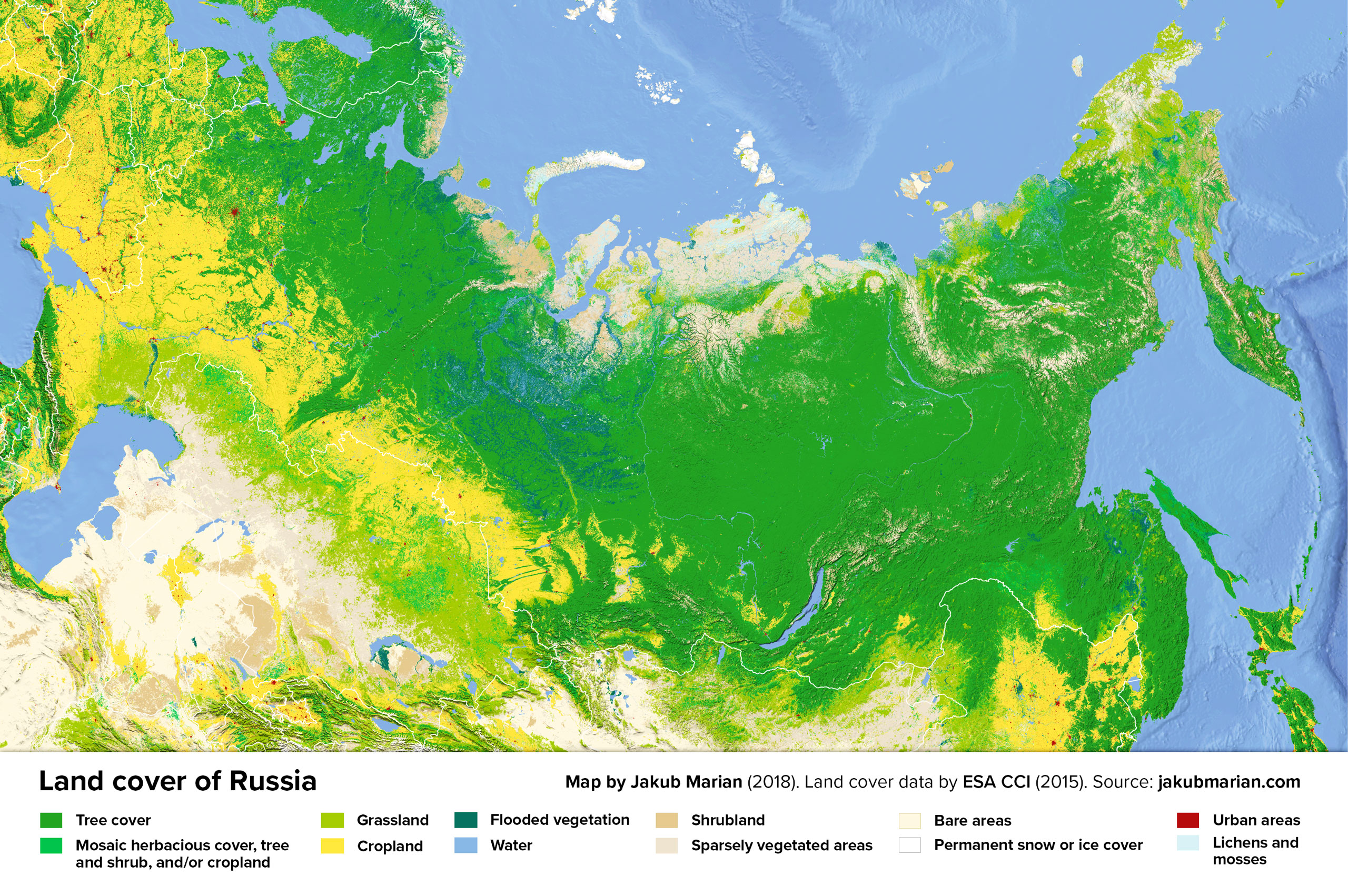 Probably the most important feature to notice is the vastness of the Russian taiga (which is the largest contiguous forest on Earth) and the area of cropland (around 1.2 million km2, which is approximately the same as the entire land area of France, Germany, and the United Kingdom combined).